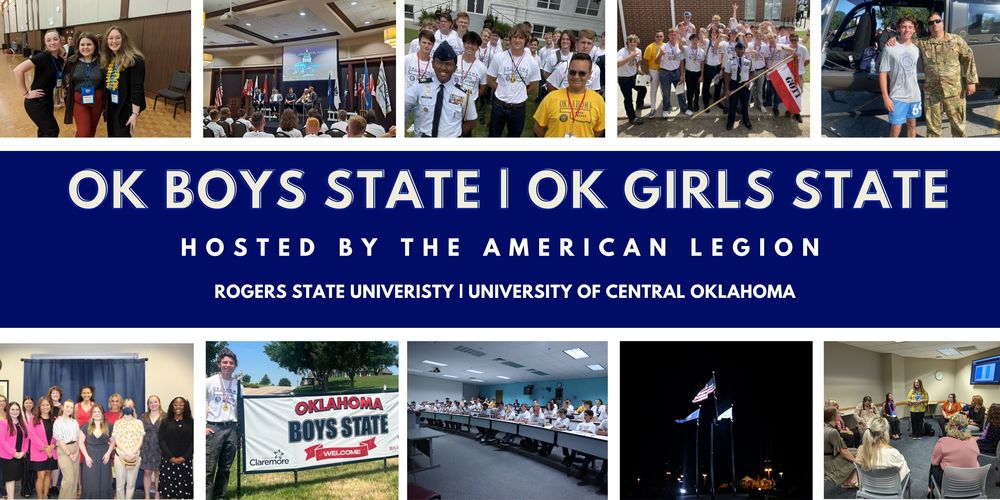 Cadet Lt. Col. Gracie Kimbrell and Cadet Sgt. 1st Class Jamie Riha traveled to the University of Central Oklahoma from May 29 - June 3 for the week-long summer camp, where they learned how to create and operate city, county and state governments.

"Attending Girls and/or Boys State is an awesome opportunity for any student/cadet and can potentially open many doors for them in their future," said Maj. Craig Redfearn, Senior Army Instructor of MacArthur JROTC. "Having our state's Governor as one of several guest speakers is an indicator of how much of an honor it is for those attending. The JROTC cadets selected to attend are our top cadets. In nine years as the Senior Army Instructor, we've never had this many cadets attend."

ALA Oklahoma Girls State was the first in the nation to have its educational program accredited. Since its inception, more than 30,000 girls have received this valuable citizenship training in Oklahoma.

Boys State was established in the 1930s as a way to counter anti-American activity during the pre-World War II era.

The students were sponsored by American Legion Post #6 and come back to Lawton with new knowledge on leadership, government and patriotism.