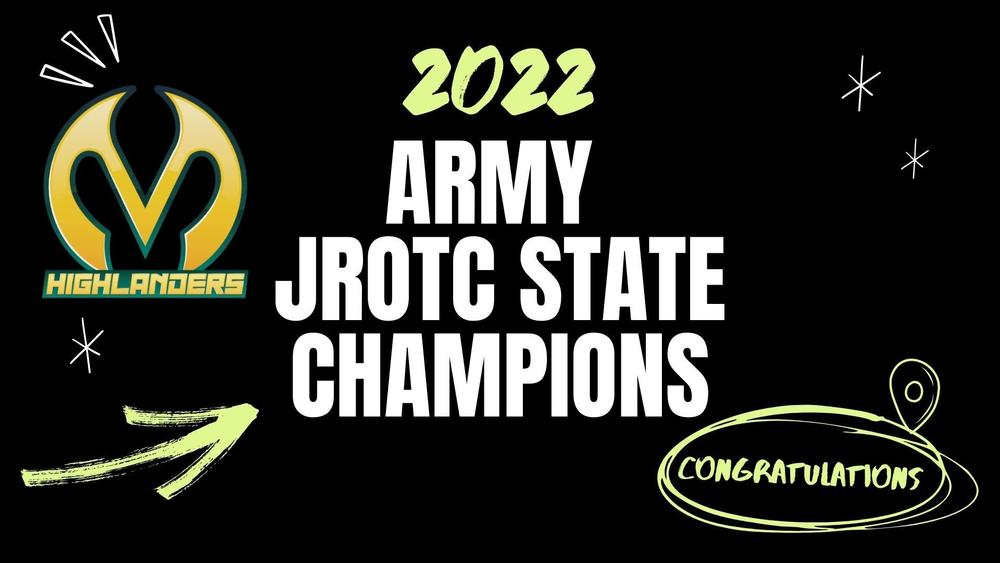 Lawton, OK: On April 16, 2022, the JROTC Highlander Battalion traveled to Oklahoma City to compete in the OK Drill Teams State Championships against nine other teams from the Army, Navy, Air Force and Marines from all across the state of Oklahoma.

Major Craig Redfearn, the Senior Army Instructor for MHS JROTC, commented on the confidence and success of the team.

“CSM Batts and I are extremely proud of how hard the teams practiced and how well the teams performed,” Redfearn said. “The successes of our teams were a group effort. This school year's teams have made history being the 1st at MacArthur High School to be called Army JROTC State Champions.”

Selected over all other cadet commanders, Cadet Gracie Kimbrell additionally received the Commander of Excellence Award.

Please join us in congratulating our MHS JROTC Battalion.